Many have asked, why does Barksanem™ (BSM™) only focus on the ASM space (Artisanal and small-scale mining)? 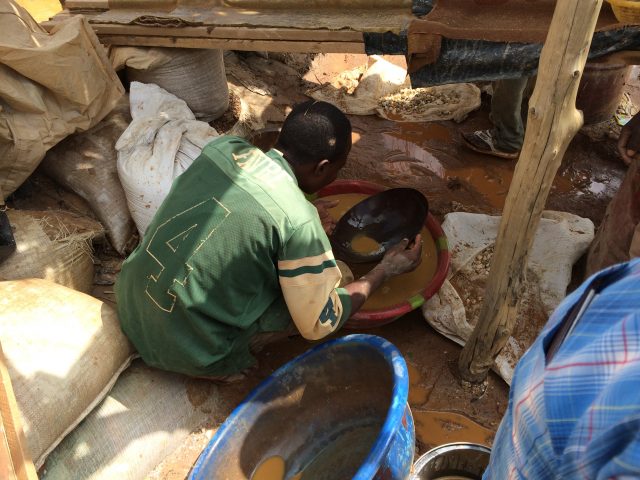 First, some background about artisanal and small-scale mining. This sector has seen substantial growth in last several years due, in part, to the rising value of mineral prices and the contemporaneous concomitant heightened complexity to earn a living from agrarian economic activities. Statistics indicate that there are between 40.5 million (2017 The International Institute for Sustainable Development) and 100 million (the World bank) artisanal miners in 2017, up from 30 million in 2014, 13 million in 1999 and 6 million in 1993. Interesting to note, in 2013, only 7 million people were working in industrial mining. Artisanal mining occurs in 80 countries around the world. ASM in developing nations is typically undertaken as a viable option to escape from poverty, notably in communities where economic employment is scarce. These artisanal miners have varied backgrounds, ranging from those that depend on subsistence agronomy to skilled workers who migrated from nonrural areas in search of employment. Even though artisanal and small-scale mining is characterized by lower production levels compared to industrial mines, it is nevertheless a vital source of minerals and metals. ASMs are responsible for about 20% of the global gold supply.

ASM is now recognized as a viable avenue for growth in national economies are all over the world. In Liberia, the 50,000 artisanal minors have spent over $13m on local goods and services. In Ghana, ASM is as prominent as LSM (large-scale mining) producing 1.4 million ounces of gold. In Uganda, the 200,000 small-scale minors contribute 20 times more to the GDP then those employed traditional industries. In the Central African Republic, around $114m has been injected into the economy from informal mining revenues. In Mongolia, about $800m has been contributed to the GDP of the country through artisanal mining. As they say, numbers don’t lie; there is an uncontestable market share to capture in the ASM sector, with the pertinent congruous strategy.

Focusing solely on the ASM sector, Barksanem™ stays flexible and dynamic, it’s not overloaded with large-scale equipment and top-heavy corporate structures. In addition, our business model is particularly suited for any size mining concession where we can expand with the organic growth of the company while keeping our production costs at a fraction of LSM all-in costs.

Furthermore, Barksanem™’s business model is entirely duplicable through the Barksanem™ License. The BSM™ License can be adapted or contextualized to almost any context and country. Our unique approach to ASM is what led us to develop specific features that are relevant specifically to the ASM space. The BSM™ License proposes the identification, GPS tracking and organization of its mining operations through a unique mapping system. Registration, identification and accompaniment of miners and their families. The tracking and control of the minerals from the extraction until they are sold. But also, among other things, the creation of a digital currency based on gold; the revitalization of barter system within the community; Barksanem™ training and certification; the creation of an individualized virtual wallet. The digital currency thus created offers the previously unbanked the opportunity to use the banking institutions of the country, while benefiting from individual or collective means of payment, and in the long term, health monitoring through an individualized booklet. The digital currency will be exchangeable for paper money of different currencies. One of the principles of Barksanem™ according to its CEO, is summed up in this slogan: “Innovation with respect to tradition“©.

The International Institute for Sustainable Development