The Role of a Mining Company

Barksanem™’s approach, and the one that is used in our License, is to be a key stakeholder in its territory where it is established, actively contributing to the formalization of artisanal gold miners and to the development of said territory.

The philosophy of its founding team is that the activities of a company, and of a mining company specifically, should, to the degree possible, be fully in line with a development dynamic that is economic, social, environmental and even cultural. Its establishment should be based on a detailed assessment of these different components and should ensure that its actions and organization become an added value for the territory. This, presumably, is the antithesis of popular opinion concerning mining practices!

By and large, we believe that a business is entirely built on relationships. The very essence of a business lies in the creation and development of relationships between suppliers, customers, investors, partners, employees, other companies with whom business relationships are established, and even the social and natural environment. The resulting activities and jobs must contribute to giving life, meaning and productivity to the territory where it is operating. 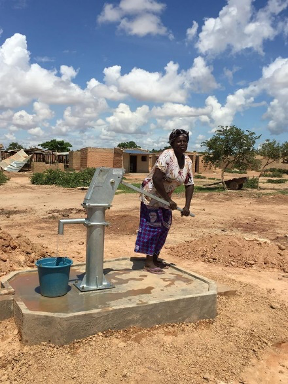 Accordingly, a mining company operating on a site has a particularly vital role to play in its relations with chiefdoms, artisanal gold miners, farmers and collectivities as a whole. It has the potential to create jobs and to train young people in the various mining and ancillary sectors of the mine and thus offer them future opportunities that will include them in the life of their village and their families. It can organize its buildings in such a way that the inhabitants of the area can fully take advantage of them, such as access to drinking water, for example.  Being a business, even more than an NGO, a mining company with a human dimension can have a positive influence on artisanal gold miners’ practices, providing tools to improve these practices and assisting in the organization of artisanal gold miners (in cooperatives or associations). The company must fully embrace its role as a stakeholder in the territory and actively engage in its development by demonstrating, through its actions, the opportunities that the local population will be able to appropriate.

For example, putting trash cans on the company’s living quarters and prohibiting the littering of plastic bags, while at the same 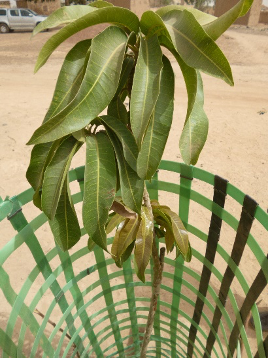 time encouraging the population, and especially those in school, along with its employees, to have a day of regular cleaning from time to time, helps to develop a positive attitude towards nature. The recovery of plastic bags (a real menace on the African continent!) could also lead to the creation of a small artisanal business to manufacture everyday objects from this recovered material and create jobs. The same goes for tree planting. On the mining company’s living quarters, the planting of fruit trees rather than just growing eucalyptus trees (very often chosen for their rapid growth) invites us to think about possible long-term yields.

Many of these activities improve the daily lives of the company’s employees as well as those of the villages. Relationships are pacified and made sustainable. The intention being that the development activities undertaken by the mining company, with the villagers, can be sustained well beyond the life of the mine itself. Barksanem™’s economic model integrates these so-called ancillary but crucial activities for the territory which, as they develop and become financially self-sustaining.

Gold mining should no longer be the curse of the people of the producing countries but rather a source of blessing, as the name “Barksanem” implies!